Dealing with Controversial Topics at Work 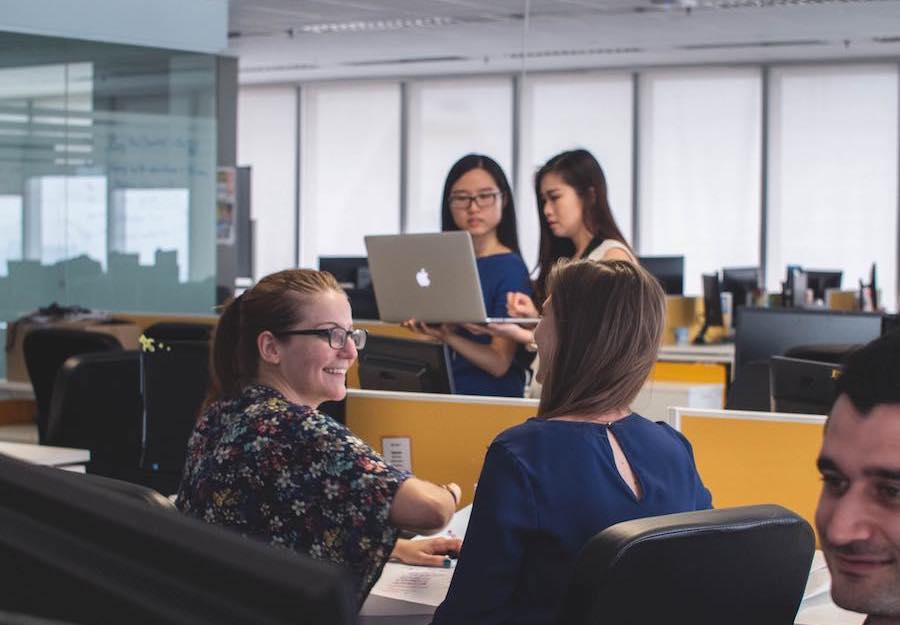 While some fields are more diverse the others, there’s no doubt we’ve all worked with someone who was vastly different than us. Working with people from different backgrounds, nationalities and beliefs can be one of the best parts of working with others, but the things that make us unique can also bring up some challenging discussions.

Whether you’re an employer or an employee, dealing with controversial topics at work can be uncomfortable. With the sheer amount of time that people spend in workplaces, tough subjects are bound to come up at times, and knowing how to handle these discussions and when to end them can save you plenty of stress.

In this article we’ll offer a guide to approaching topics that are controversial, plus when it’s reasonable to end them and how to do it.

Your guide to approaching topics that are controversial

Navigating tricky subjects is easier when you respond in a professional manner and end the conversation when it’s necessary.

Talking about politics, race, religion, money or personal matters are all important conversations, but they have their place and can become hurtful or disrespectful when boundaries aren’t respected. As an employer or employee, your best bet for managing tough subjects is to prepare yourself for when they inevitably occur.

Keep your emotions in check

Due to the personal nature of many topics that are controversial, it’s easy to react quickly and with strong emotions. It’s often during these conversations that your coworkers will form an opinion of how you respond, and maintaining a level head and making a mature response is both professional and noble.

Responding calmly doesn’t mean you’re submitting to another person’s perspective, either. It simply means you’re in control of your own words and behaviors.

Realizing that your coworkers have opinions that diverge from your own is likely to change your opinion of them. While you are well within your rights to let it inform how close you relate to them and the extent of your association, let your judgments be your own and don’t try to sway others to one “side” or the other. A difference between two employees shouldn’t divide the company into two camps but should be handled on a personal level.

A heated debate or one that escalates further than words can shift the energy in a company. Bringing up topics that are controversial can leave residual effects, leaving the employees in a company feeling un-edge, frustrated or even unsafe. During these conversations and in the hours, days and weeks that follow, it’s essential to maintain a positive attitude and mutual respect. After all, personal opinions are generally separate from the work that needs to get done.

Address things that need to be addressed

While it’s important to refrain from gossip and maintain respect for those whom you work with, there’s also much to be said for addressing behaviors or exchanges that are unsettling. Whether harsh words were spoken, snide comments were made during a meeting or you felt an email misrepresented the information, there’s a time to address those who may have caused hurt or mistrust.

Sometimes, these conversations can be handled one-on-one or in a small group. Sometimes, a third party or mediator is needed to settle any unrest.

Know when to end the conversation

Talking about topics that are controversial at work is bound to happen at some point during the span of a person’s career. Whether they happen frequently or once in a blue moon, it’s important to know how to handle them and when enough is enough. If you have found yourself in the midst of an unhealthy exchange, here are some hints that it’s time to walk away.

While many of these conversations happen in passing, over lunch or in the break room, if you’re in a situation where you feel stuck (like in a meeting or during a presentation), there are some tools you can use to divert the conversation or make a polite escape. Try out these tips when you’re stuck in a tough conversation.

When a conversation is no longer constructive and has the potential to be harmful, it’s best to involve someone higher up in your company.

Whether or not your company is facing controversial conversations, your employees can benefit from the services offered through an EAP. Connect with Mazzitti & Sullivan to learn more.

7 Simple Ways to Motivate Employees
Next